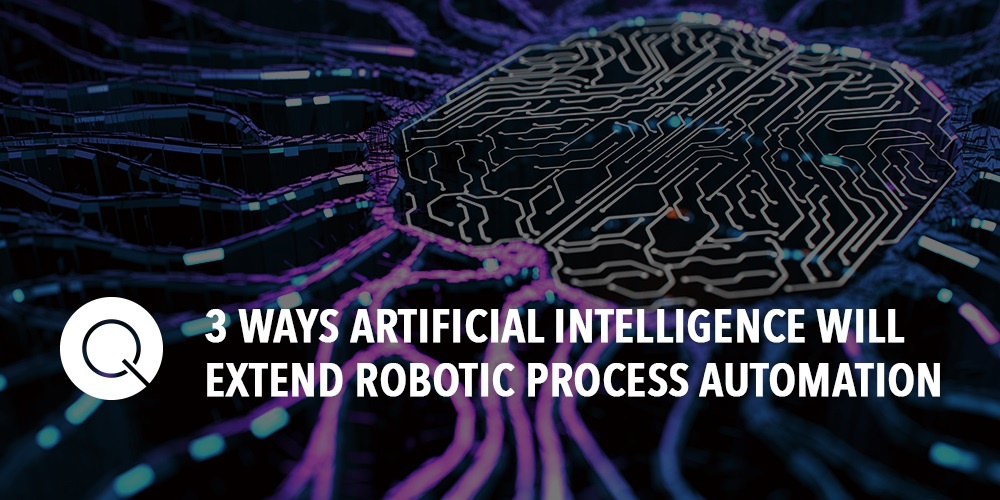 On September 27th, 2018 Quanton hosted our inaugural DX Seminar. One of the exciting speakers was Asa Cox who discussed the very exciting topic of Robotic Process Automation (RPA) and Artificial Intelligence.

Following the recent opinion piece on RPA as a foundation for AI by Garry Green we wanted to continue to address the conversation around RPA and AI with three ways AI and RPA will extend the reach of automation in our organisation.

To really address the opportunity of AI with RPA Asa tackled some interesting points and questions to help frame up his key messages including what AI is, the difference between RPA and AI, the challenges of integrating AI and where or how to start thinking about applying AI in your organisation. We plan to build on this conversation when we host Professor Leslie Willcocks from the London School of Economics and Co-Author of Robotic Automation and Cognitive Automation – The Next Phase at our next exclusive event this month. The first important point, which Gary also presented in our last article is that AI is not a single technology, rather it is a category which incorporates a range of smart technologies including Machine Learning, Natural Language Processing and more. Perhaps more pertinently the opportunity is not any one of these technologies used individually but used in aggregation with Robotic Automation.

Certainly, evidence of this claim is that every leading Robotic Automation technology provider are extensively incorporating smart technologies into their product road-maps and partner eco-systems.

A factor which Asa promoted strongly was the notion that, while there is a lot of blurring between the two, AI and RPA are distinctly different. “I don’t see the automation as the intelligence, I see the decision making as the intelligence.” According to Asa, “Artificial intelligence is where a machine can begin to make decisions, make judgements which are equally as good as a human.” Contrasting AI, RPA is designed to perform tasks. It is the ability to bring these attributes together – the ability to process information the same way a human would, to make decisions and form judgements and then to execute tasks which is the real potential to unlock new value.

The strength of Robotic Automation technologies is the ability to execute tasks autonomously however the limitation is the dependency on structured data. While organisations are yet to reach the existing ‘ceiling’ of opportunity for Robotic Automation, it is generally accepted that only 20% of data in an enterprise or organisation is structured. The remainder sits on a spectrum between semi-structured and un-structured.

The opportunity for Robotic Automation is further constrained by the dependency on digital inputs. A great deal of human interaction is not necessarily digital. A vast amount of interaction occurs through verbal or printed written prose. Even if the inputs are structured, they cannot be applied to a Robotic Process unless there is an interface to convert them form their incumbent form to digital.

These points begin to lead us to the key aspect of the presentation which we wanted to address: The opportunity for Robotic Automation and AI technologies.

1. Increasing the breadth of application for automation in an organisation.

Asa Cox aptly described the limitation of unstructured data when he said “your business doesn’t operate purely on the 20% of data which is structured.”

Using technologies such as Machine Vision and Image Recognition or Text to Speech and Speech to Text organisations can create interfaces that allow humans to seamlessly interact with processes.

Particularly in the case of verbal or written prose, technologies such as Natural Language Processing extend this capability further providing the ability to convert semi and unstructured data into structured data suitable for processing.

Smart technologies will directly impact the ingestion, ability to process and out of information – both internally and with customers.

2. Improving exception handling and reducing the occurrence of exceptions over time.

Not all tasks or transactions attempted by automation will be successful. Business rules, process variations and a wide range of other causes can prevent software robots successfully completing processes. In these cases, an exception is created and referred to the human workforce for management. 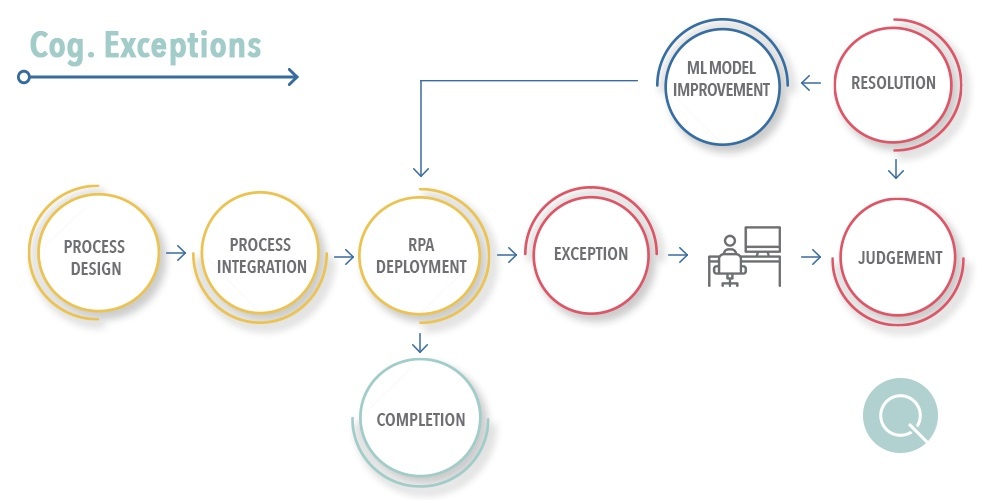 Service offerings are standardised largely because businesses are constrained by their ability to process large volumes of data.

“The volume of data which needs to be processed to make those individual real-time recommendations humans couldn’t do, and this is what machines are built to do.”

Smart technologies are going to enable a depth of historical and real-time analytics which has not previously experience alongside the ability to identify patterns and form judgement to inform business processes.

Examples suggested by Asa could be the prices an individual user sees on a car-hire website before booking online or structuring a customer re-structuring their home loan at 9pm at night – because that’s when it suits them.

These opportunities are not without their challenges, which are vastly linked to data.

Every organisation has messy data of one kind or another. This challenge will only be exasperated by the exponential growth in the volume of data we create. Already there are not enough data scientists to meet the demand. According to Cox “The number of humans that would be required to deal with the complexity and volume of data at the same speed and the same scale is really quite challenging.” We are constrained by human resource. Using a specialised technology this does happen to be a challenge that Asa helps customers to address through his AI company Intela.

There is no question that AI and smart technologies (in conjunction with RPA) are the way forward. Particularly in relation to AI one of the most pertinent questions is ‘how do we start?’

The clear suggestion from Cox’s presentation is to focus on the in-line use of AI. In short look at your existing processes and where AI or smart technologies could enhance the effectiveness of current operating models.

This idea strongly resonates with key messages I took away from A1-Day 2018.  Find a clearly defined use case which can add real business value and start there.

Interestingly the application of AI and smart technologies are not constrained by high transaction or high throughput processes. Any process that has a vast amount of data presents an opportunity.

What are you doing with the 80% of data in an organisation which is unstructured. How many processes can you not automate because the inputs are unstructured.

What are you not addressing because we don’t have capability. Most calls into call centres are recorded but what happens to these? Perhaps 5% are reviewed from a compliance perspective but the rest are likely stored for reference only.

The opportunity therefor is to develop a clear AI road map based not only on your business strategy but on your operating model.

Find a clearly defined use case in your business. Focus on inline solutions and start small. “Focus on building an asset. AI is not just a tool, it’s not just a platform or something shiny to build. It’s about understanding how to build capability into the organisation.”

Building on the conversation of Cognitive Automation we’re incredible excited to be hosting Professor Leslie Willcocks in Auckland on November 29th who, alongside the future of work will present on the topic of AI. 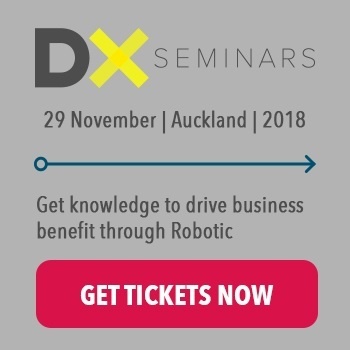